Something borrowed... something blue 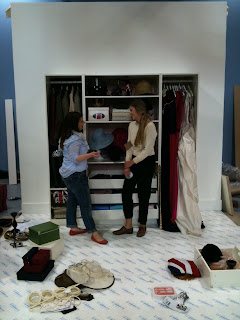 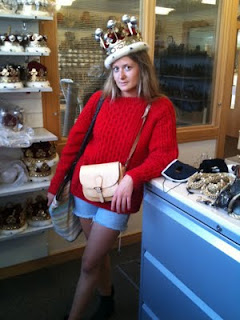 Through my new representation (The Production Department) I art directed, sourced and styled the PAC wardrobe for IKEA FULL of props, imagining it owners were the 'soon-to-be-married" Prince Will and Kate. Unsurprisingly most prop and costume companies had all their ROYAL associated items OUT for other similar advertisements...so it was a tricky one.. 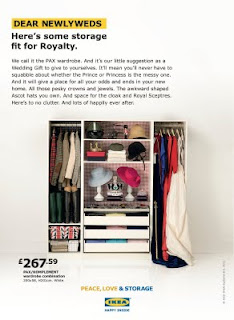 ..Sadly you cant see the replica engagement ring bought for a budget breaking £7 or the exact copy of the only medal Prince William owns-'For Bravery'....ohhh the exciting details one learns on such jobs!
Posted by Lucy Butler at 08:00 No comments:

This is the most incredible location House I have ever shot in.

I discovered it through Studio Fury when it was the suggested location for Nicola Roberts Album shoot (to be released in July) It was a one day shoot and we had to get 12 shots done in various situations around the house. With soo many options from all the beautiful rooms it was just such a pleasure to be set designing such a project. So the following week when we were struggling for a location for the Microsoft Campaign I suggested it to the producer and she too fell in love with it!

We were there for 7 days so it felt like a dream home from home. The house backs off to the River Thames and owns its own part of the dock. It was actually where the first convicts were shipped from the uk to Australia...

This is an outhouse is in their back garden/dock of the thames! It was designed around the reclaimed wood found when developing the house and the surrounding area.
http://www.riverhouse-deptford.com/
Posted by Lucy Butler at 00:00 2 comments: